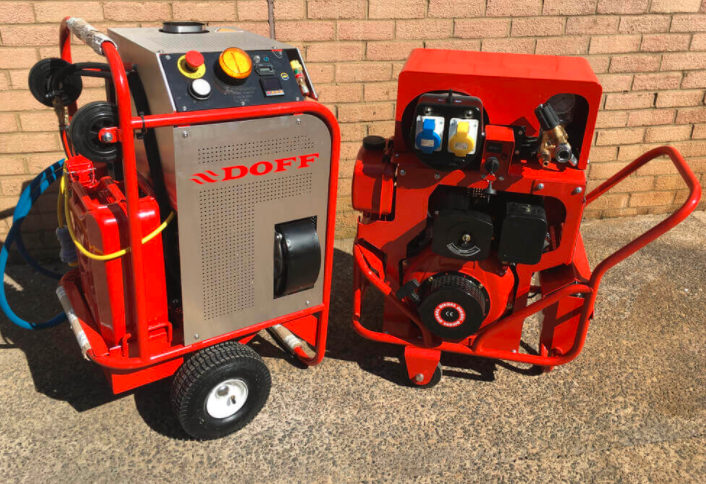 The DOFF cleaning system uses super-heated steam at 150 degrees centigrade. Designed and developed to provide a class leading tool that effectively remove graffiti, painted walls, biological matter and the general dirt, grime, and air pollution that city buildings can suffer from throughout the year.

The DOFF process is a recognised steam based, stone cleaning system. The system uses super-heated steam, not pressure, and operates at temperatures of 150 degrees, which ultimately removes the need for chemical treatment. The use of such a high temperature eliminates at root system many forms of organic growth, including moss, algae, lichens, and fungi. The operator can vary the temperature and pressure to remove either many types of paint or biological matter as required. The system is gentle on the surface and uses low volumes of water.

Whilst pressure washing relies predominately on high pressure to blast contamination from the surface, The Doff Clean and Restoration system uses water heated up to 150 degrees, relying on heat rather than sheer power to clean and protect the texture and the surface. The steam is discharged at low pressure, in minimal quantities, meaning no water saturation which ultimately means surfaces dry quicker. The combination of heat at minimal pressure diminishes the risk of surface damage and thermal shock. As Doff uses no chemicals the water and run-off does not need to be segregated or collected and is perfectly safe to run back into the earth.